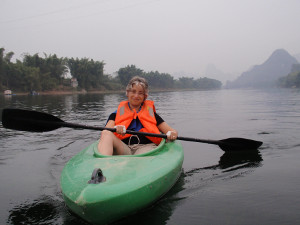 I joined the hasidim when I was fifteen. You’ve seen them–the men in full beards and yarmalkas, long black coats on the Sabbath, the women in wigs and careful modest dress. All those years in my hassidic community, we didn’t own a television, read secular books, surf the net, or go to movies or restaurants. When, at forty-five, I left the closed super-religious life that had formed me in so many ways, I had to step right into the venue I had shunned since adolescence—the real world.

Here’s a scenario from twelve years ago when I first stepped out: I meet new friends in a restaurant. When we start thinking about ordering, someone nods at a dish on another table and says, “I’ll have what she’s having.” They all grin. My face goes blank. I have missed decades; don’t know even the classics that seeped into culture long before, never heard of Harry or Sally. One friend tells the others, “It’s a Rip thing—she went to sleep for thirty years.” Then the waiter comes. The others order, they are casual and quick about it, but I have to read every line on the menu. Such abundance without doing any of the work! My friends pick at their food, chatting away, but to me, after years of kosher restrictions (and the novelty of food I didn’t cook) every morsel is amazing. As I eat, I listen to the conversation like an anthropologist. I note terms and references still foreign to me. I try to discern what these women value, how they hold themselves in the world, how they spend their days. Then the waiter brings the bill and my friends have to teach me how to figure a tip and go about paying. 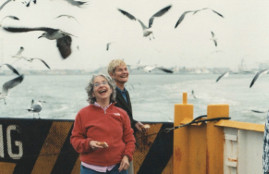 It’s been twelve years now of re-learning the world. After my cloistered years, I’ve come to love gardening and the outdoors.

My memoir, Uncovered, is about falling into hassidic life as a young teen and leaving it at a run in my more-conscious forties. While writing that book, I was fascinated with the intertwining of sexuality with one’s spiritual sense. Both go to the core of who we are. Both can trigger passion and desire and need.

But my great love is listening to voices. Check out the projects I’ve done based on interviews. The immigrant journeys will astound and move you.

So. Here I am. Anyone else out there a cultural immigrant in your own country? What role did religion play in that for you? 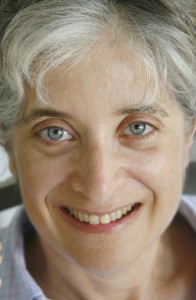 Leah Lax was raised in a Jewish family in Dallas, Texas, close to her immigrant grandparents, so that, growing up, she learned both to crochet and ride a horse. Then she joined the hasidim and spent thirty years among them trying to reclaim the roots her family had left behind. Now on the other side of all that and grateful for second chances, she has published award-winning fiction, nonfiction and prose poetry. Her work for stage includes major productions with both the Houston Grand Opera and the Houston Symphony.